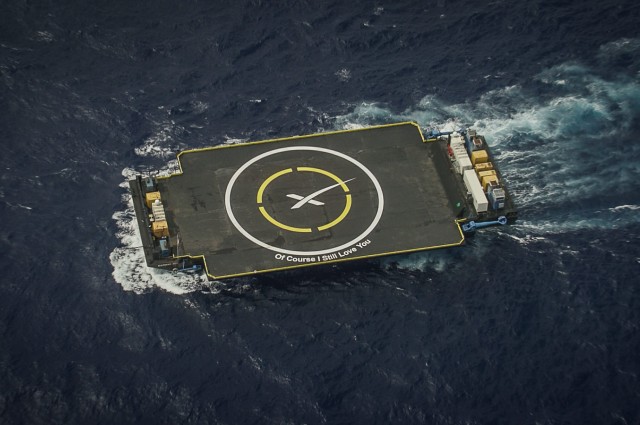 We’ll be live-streaming SpaceX’s second attempt at landing the 1st stage of a Falcon 9 rocket on a barge:

On December 22, 2015, Elon Musk’s SpaceX made history by becoming the first company to land part of an orbital-capable rocket back on the ground. Now, they want to improve on that capability by landing the first stage of one of their Falcon 9 rockets on a floating barge.

This will not be the first time they have attempted this feat. Two previous attempts at landing on a barge have failed, with spectacularly explosive results. But, off the back of the successful landing on the ground, SpaceX is keen to try again.

IFLScience has the complete story.